“Once upon a time there was, and there still is, an enchanted place where the Alps dive into the deep blue waters of Lake Garda and where the alpine landscape merges with the Mediterranean scenario. A place where the charm of pristine nature feeds the spirit and where life flows peacefully and simply, according to the flow of the seasons. A place where each vacation becomes a magical and unforgettable experience.”

Our family ( Gladys, Angelo, Mauro, Eliana and Gino) are grateful for sharing this our little corner of the world and we would be pleased to welcome you at our place. 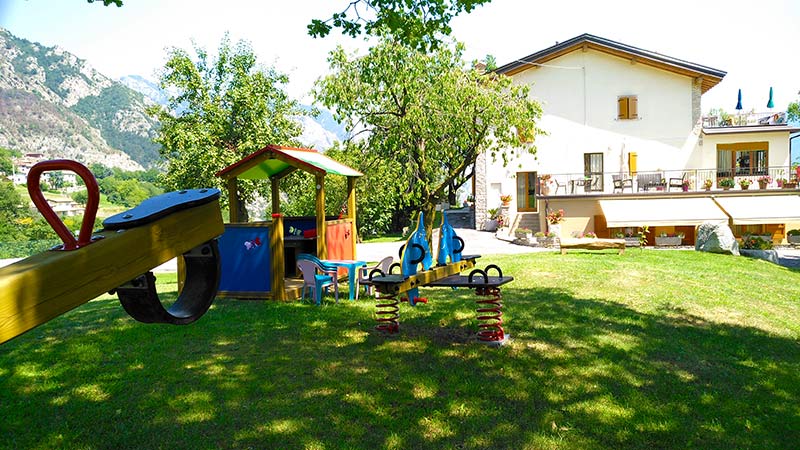 Villa delle Querce” ‘s belonged to family Pasquetti since 1830. However, after the IIWW most of the members of our family left Italy In order to seek fortune in America or in Argentina.

Only our uncle Giuseppe, devoted to his land, decided to remain in Tremosine. He eked out a living there by producing Olive oil, Grappa, Salami and by caring for his own vegetable garden.

If you had come to Tremosine in the 1970’s, you would have found a comfortable bar called “ Cascina della Quercia” managed by him and his wife. 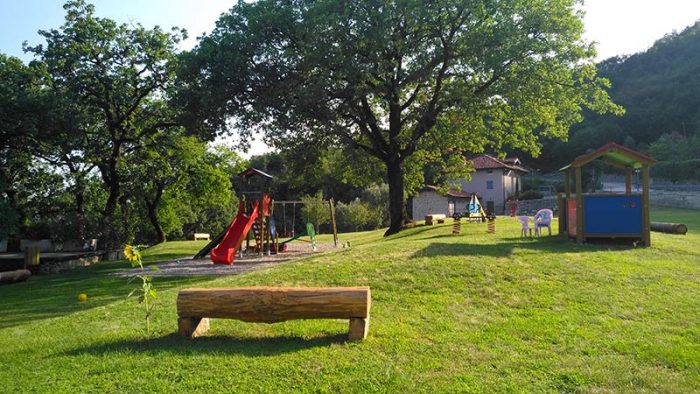 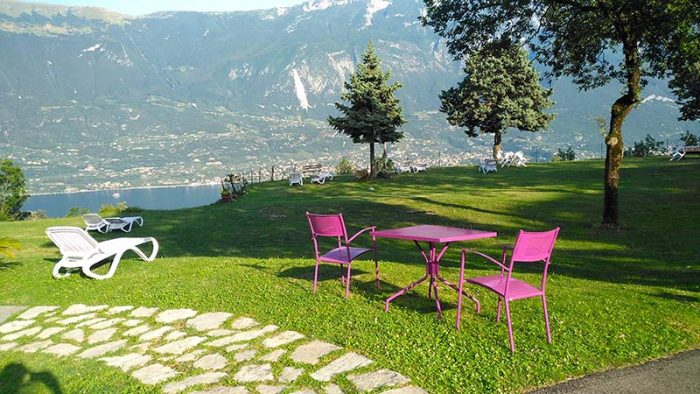 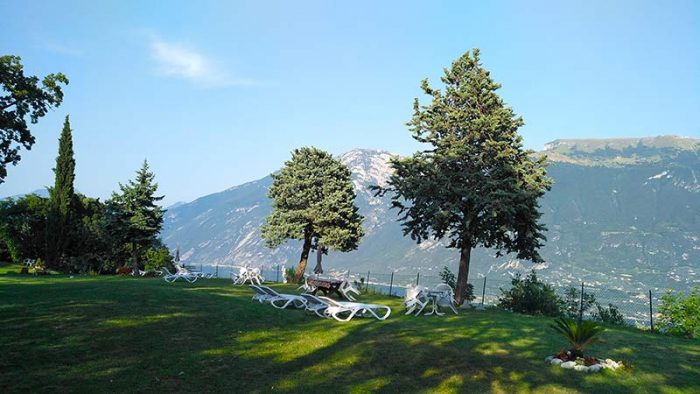 Our aunt’s desire was: the land, his cascina, should always belong to Family Pasquetti. Our family came from Argentina to this small paradise 10 years ago. In 2002 we reached the difficult but beautiful decision to leave our country and to emigrate to Italy.

The partially renovated farmstead, where the family lives in summer, is on a hill overlooking the lake, which is just 4 km away. Five modern accommodations provide a breath-taking view of the Veronese banks of Lake Garda. 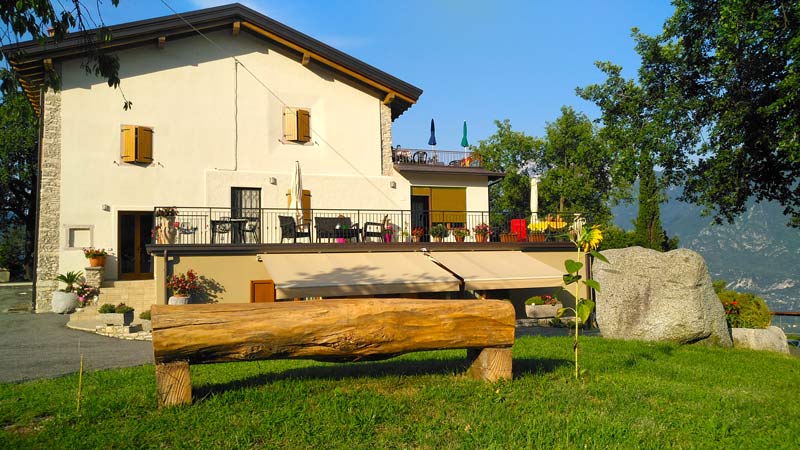